Here is the final spread with the mouse basement scene attached the way it is printed in the book. 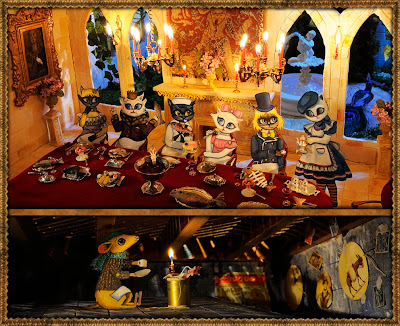 Click on the images to enlarge them.
My sister Veronica made the fish out of clay. The punch bowl is actually a little salt serving bowl I found in an antique store. I thought it looked like a punch bowl, so I bought it for the book. The punch is water colored with paint. The painting on the wall is one of my own creations. I wanted the cats to look animated, as though they were having conversations and sharing food. 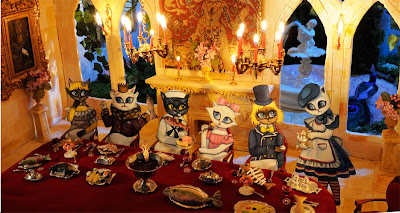 Test Shot 2. In this shot, the garden was too dark to see through the windows, and I figured out that the table would have to be moved so its angle would match that of the bedroom in the facing page. 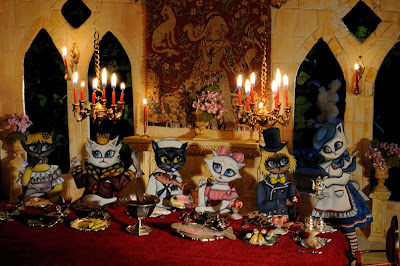 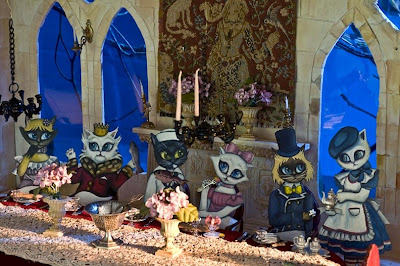 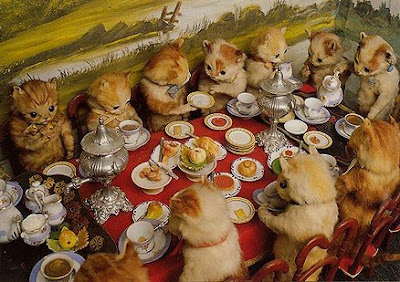 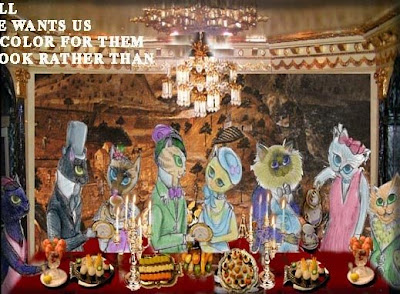 These are a few character test shots. Claire is wearing an Alice In Wonderland-inspired outfit. 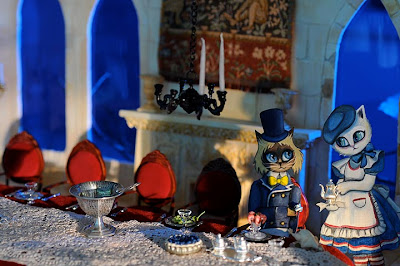 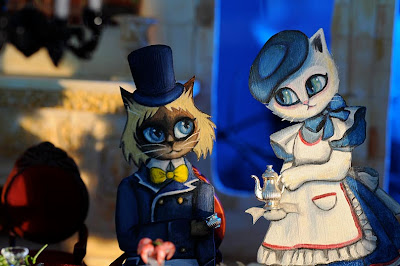 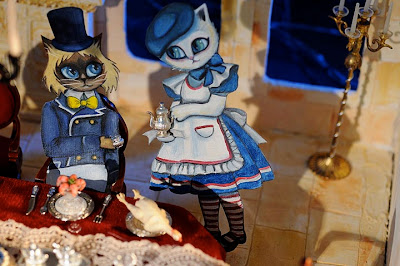 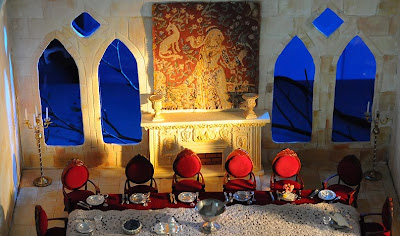 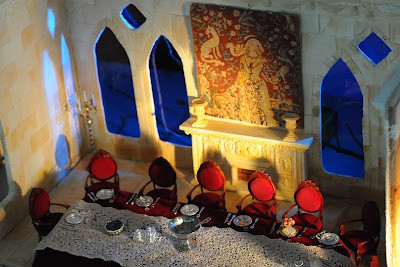 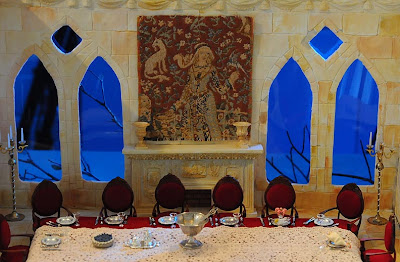 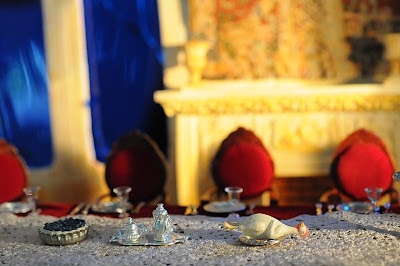 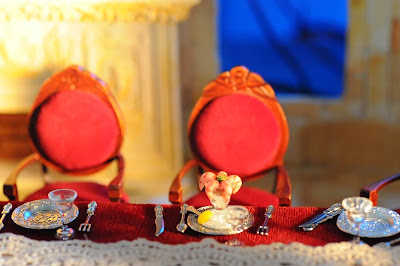 The Final Scene
Click on the images to see them enlarged.
Test Shot 2. 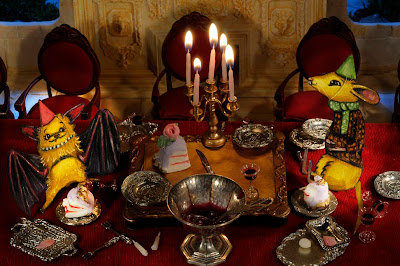 Test Shot 1. Mouse and Brown Bat have stuffed themselves with cake and punch. 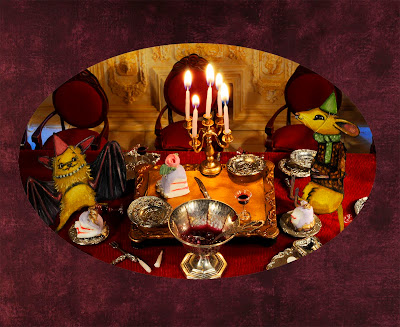 The Birthday Party Scene
Click on the images to see them enlarged.
Here's the final version of the two-page birthday party spread. The page is cut between Catherine and Julien.
Larger scroll around version:

The Dining Room In Progress
Click on the images to see them enlarged.
My sister Veronica made the cake out of clay. There is a piece for each cat. These are blurry picture that she sent me, but I think that she did a fantastic job. 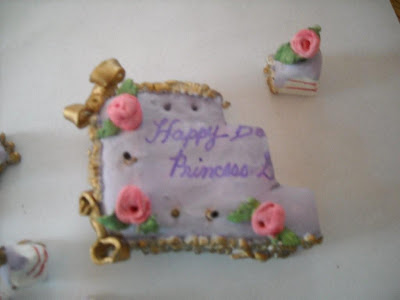 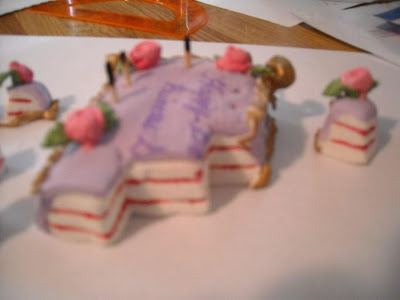 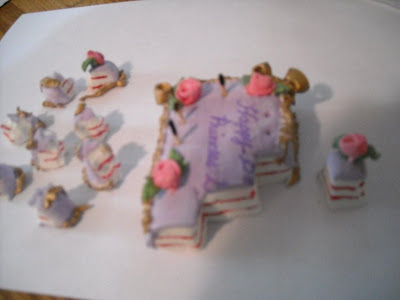 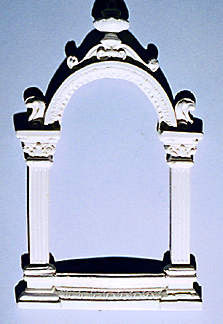 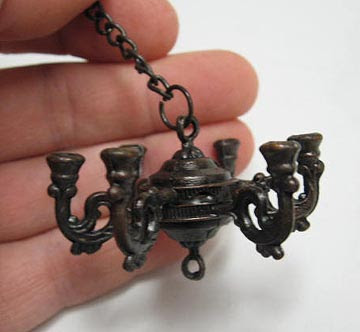 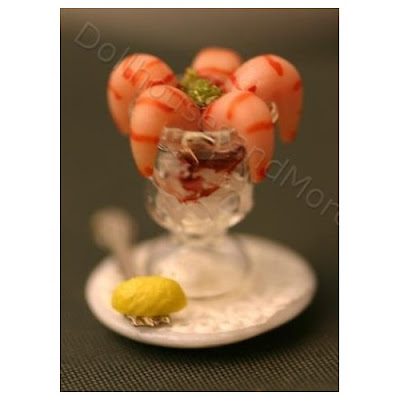 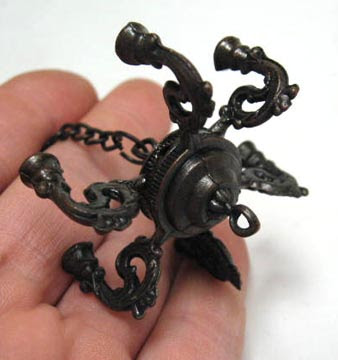 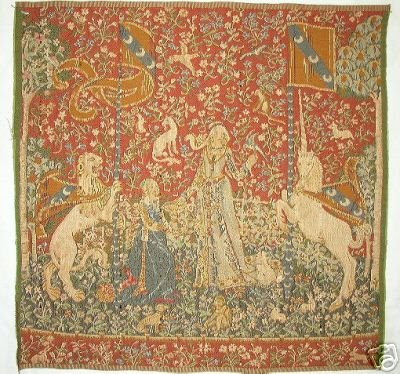 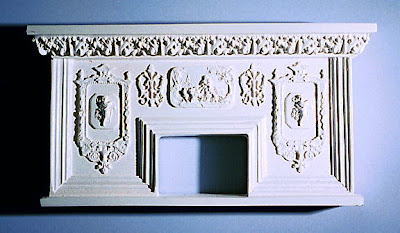 I bought these gothic windows on ebay. 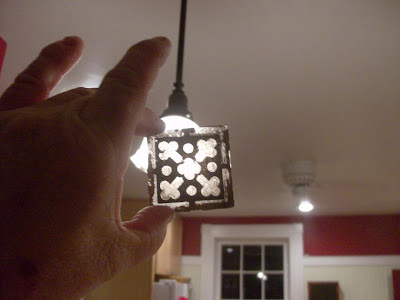 View the rooms by clicking the links below: 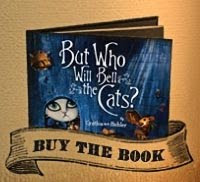